The NordicTrack GX2.5 Upright Bike – Slightly Better Than the GX2.0

The specs on the NordicTrack GX2.5 upright bike are: 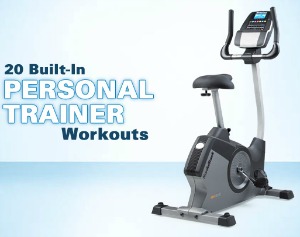 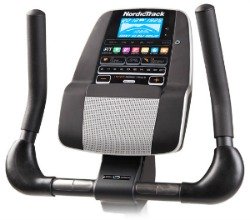 UPDATE:  The GX2.5 has been discontinued and replaced by the upgraded GX series models.  Check out the entire new exercise bike lineup on the NordicTrack site.

The initial reviews for the NordicTrack GX2.5 upright bike are decent but not great. As a step up from the GX2.0, it has two more levels of resistance and two more pre-set programs, giving you a bit more variation in your workouts from a bike that's already got lots going for it.

While reviewers like these improvements, they are more interested in the amped-up comfort of the cushioned seat, which adjusts both vertically and horizontally for comfort and the proper seating position no matter how tall or short you are.

There are some complaints about the difficulty assembling the machine and the customer service, which seems to be spotty when problems come up.

This is a slightly better machine than the GX2.0 upright bike, but only by a small margin. This is a low budget machine that tries to be more than it is by adding lots of entertaining features like iFit compatibility and speakers for your iPod, but the 275 pound maximum weight limit and some noise issues will remind you that this is a lower end machine.

You can find other exercise bikes at a comparable price with weight limits well over 300 pounds that have finely tuned parts for a better fit and smoother, quieter ride.

It's a nice attempt by the manufacturer, but the NordicTrack GX2.5 upright bike still has a way to go. In the future, we hope they'll focus more on the basics so that the bells and whistles are backed up by better overall performance.

Show me other NordicTrack Exercise Bikes