The easy-to-use Schwinn A10 upright exercise bike has a compact design less than 28" long and weighing only 55 pounds. Yet this cardio burner can support a user weighing up to 300 pounds.

The Schwinn A10 upright exercise bike has a multi-function LCD display giving readouts for time, distance, pulse, speed, calories, RPM, and Course Profile. The miles are switchable to kilometers. The console is powered by four D batteries (not included), and shuts off automatically after five minutes of non-use. 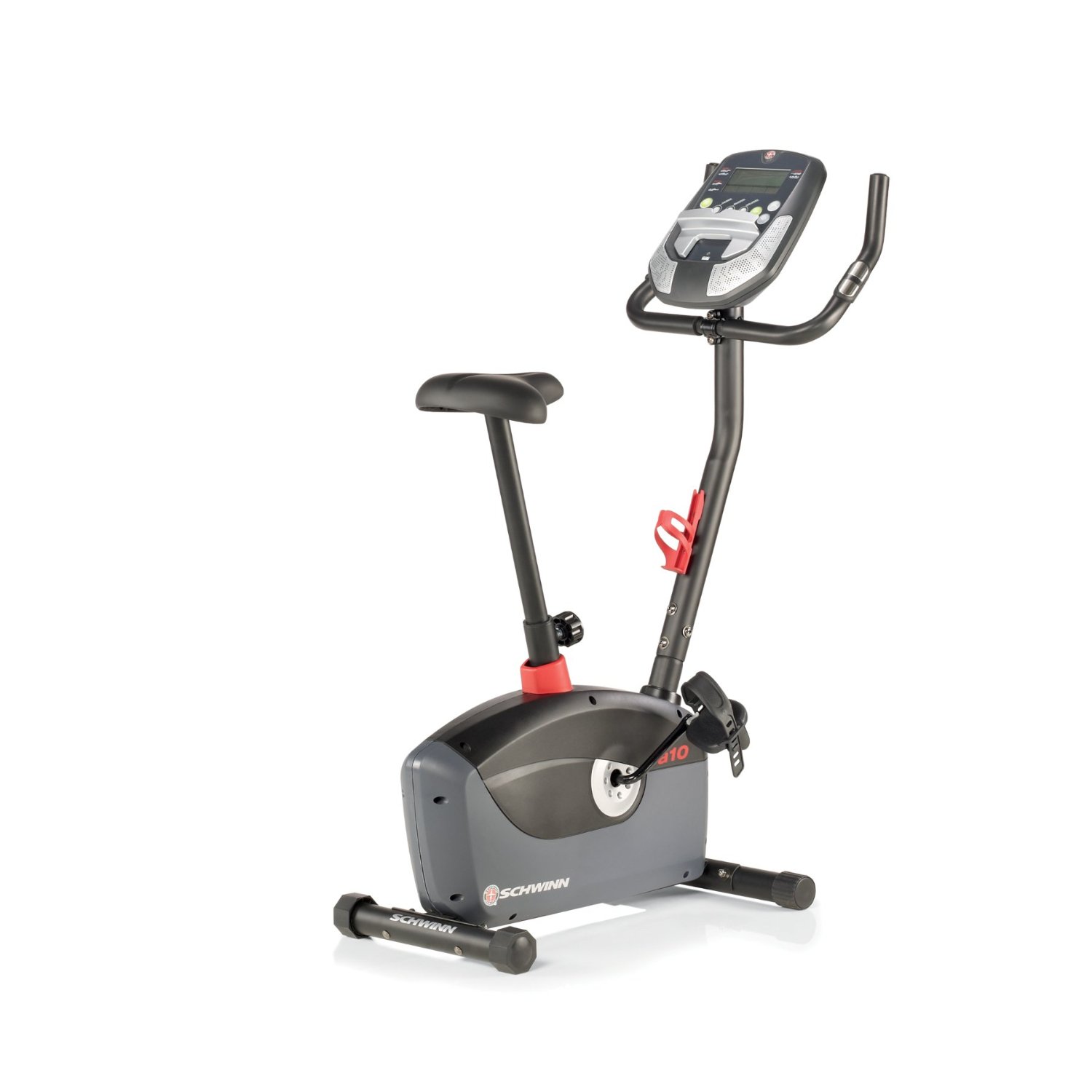 The Schwinn A10 features: 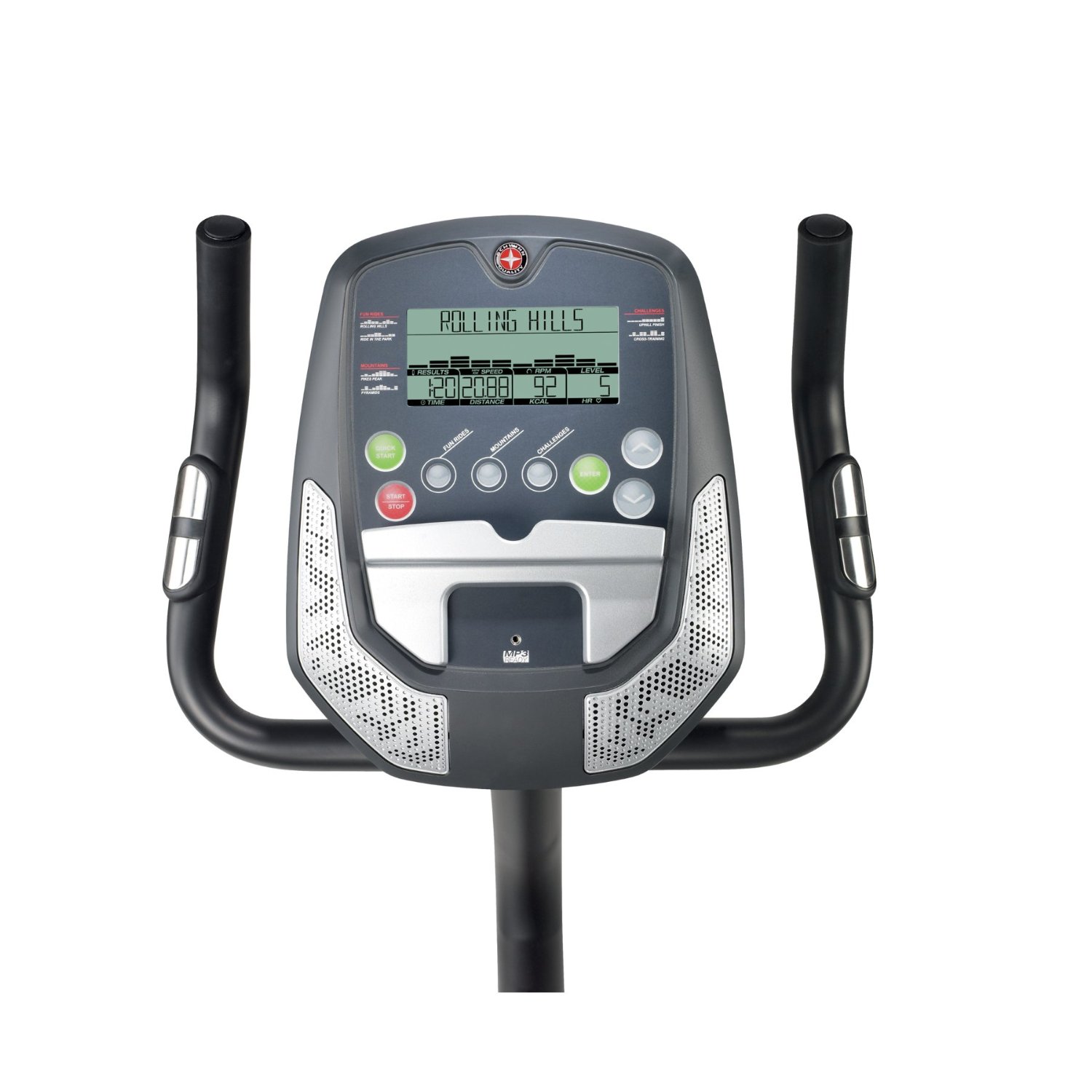 UPDATE: The Schwinn A10 is no longer available.  Check out our Schwinn exercise bike reviews to see the latest models.

Other features on the Schwinn A10 upright exercise bike include a fan, transport wheels, reading rack, water bottle holder, and fore/aft seat adjustment.

The contact heart rate monitor is located on the console (not the handlebars). Just place your hands over the contact areas to get your heart rate measurement while pedaling. Both the seat and handlebars are adjustable to fit most people. Users report that it is easy to take the Schwinn A10 out of the box and assemble.

The A10 upright exercise bike weighs only 55 pounds so you can move it around the room using the transport wheels; however, Schwinn cautions consumers about moving fitness equipment excessively since abrupt motions can affect the computer operations.

A number of exercise bike reviews point out that the AC power adapter is a must accessory for the Schwinn A10 upright bike; otherwise, you will have to constantly replace large size D batteries to operate the display on the console.

The fan is weak but Schwinn puts the best component in the resistance which is supplied by a sophisticated, computer-controlled, magnetic eddy-current resistance brake (ECB) system and a perimeter-weighted flywheel.

There is a bit of a faint hum but otherwise, it runs quiet enough to hear the TV. Pedaling is smooth and solid, and there are straps attached to secure your feet to the pedals.

Our Take in the A10 Upright

This exercise bike is, hands down, the best cardio cyling machine for $199 on the market today. The reviews are exceptional because of the quality and design that has gone into the Schwinn A10 upright bike.

Our only caution would be that the A10 might not be a strong choice for larger people since this is a very compact and lightweight unit at just 55 pounds. We suggest you move up in class to the 88-lb Schwinn 140 upright ($349) if you want something even sturdier.

Overall, for being Best in Class in virtually every category for bikes under $200, the Schwinn A10 upright exercise bike is Recommended.